After a string of misfortune in the land of cotton, the town of Hope Mills was determined to try again after its third dam failed in 2010. The original dam, built in the 1830s to power nearby mills, was breached by a flood in 1923. Two more times the dam was rebuilt and failed. In 2014, the Board of Commissioners awarded a design-build contract to Schnabel and ASI Construction.

The lake’s second dam, which lasted almost 80 years, overtopped and failed in 2003. The third dam, constructed in 2008, failed two years later and emptied the lake. The loss was particularly painful. It came at a time when the town was planning a heritage park, a local history museum, and improvements to the historic downtown area bordering the lake. Yet town leaders and citizens stepped up and never wavered in their efforts to restore the dam. Four years after the 2010 dam failure, development of the new dam began.

A collaborative process between the design-build team, the town’s representatives, and local stakeholders identified the top project goals. These included a smaller footprint, a more attractive and less obtrusive design, the reduction of weir vibration, the mitigation of potential causes of seepage, and more lakeside recreation areas. Due to construction and design issues that caused the 2010 dam failure, we proposed that a complete rebuild was best. The design solution was also sensitive to the town’s plans for downtown revitalization. Once completed, nature stepped in to refill the lake as steady rains brought it to the proper height just days prior to its January 2018 ribbon-cutting ceremony. Now the town has a three-time award-winning dam. 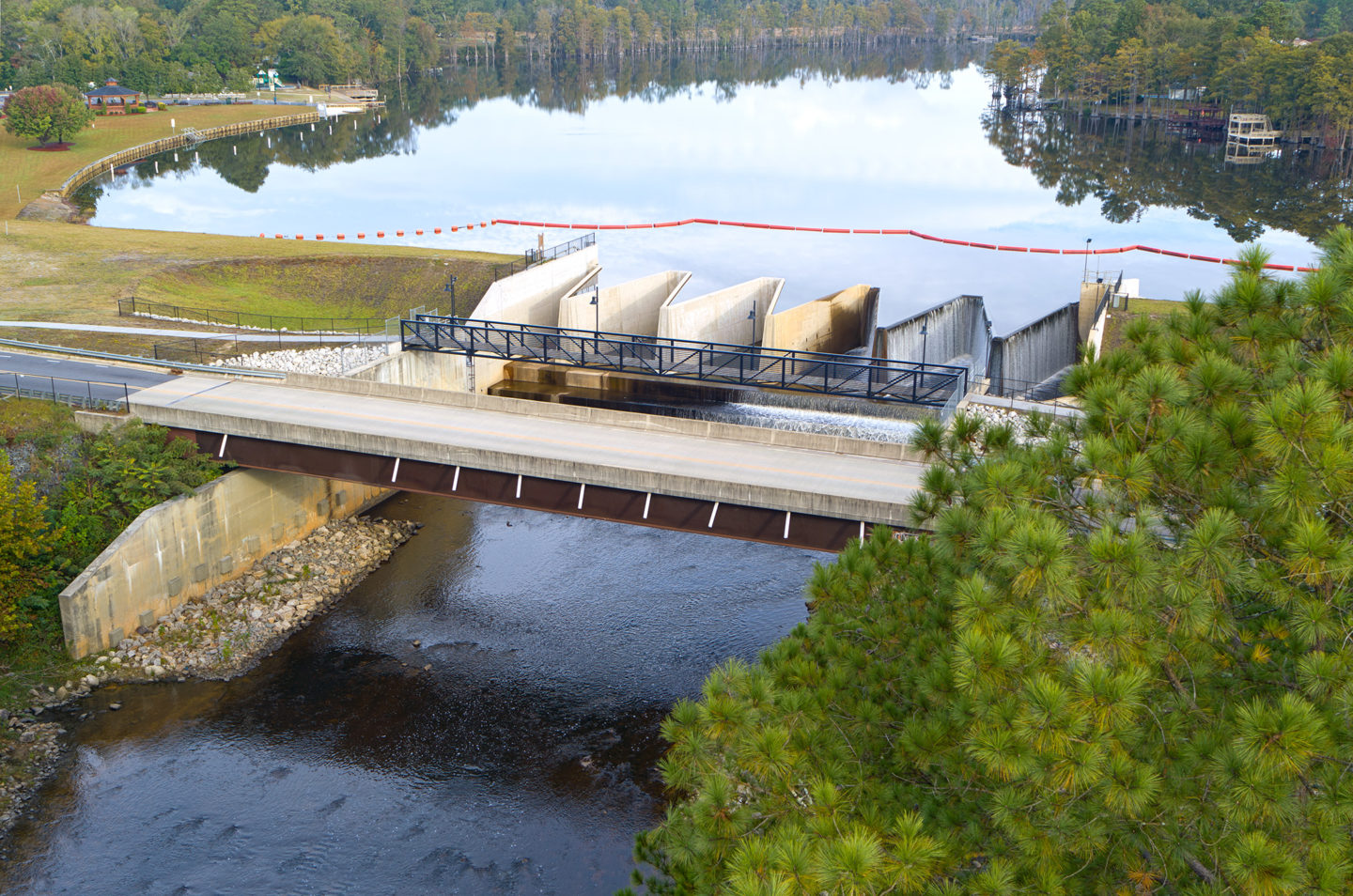 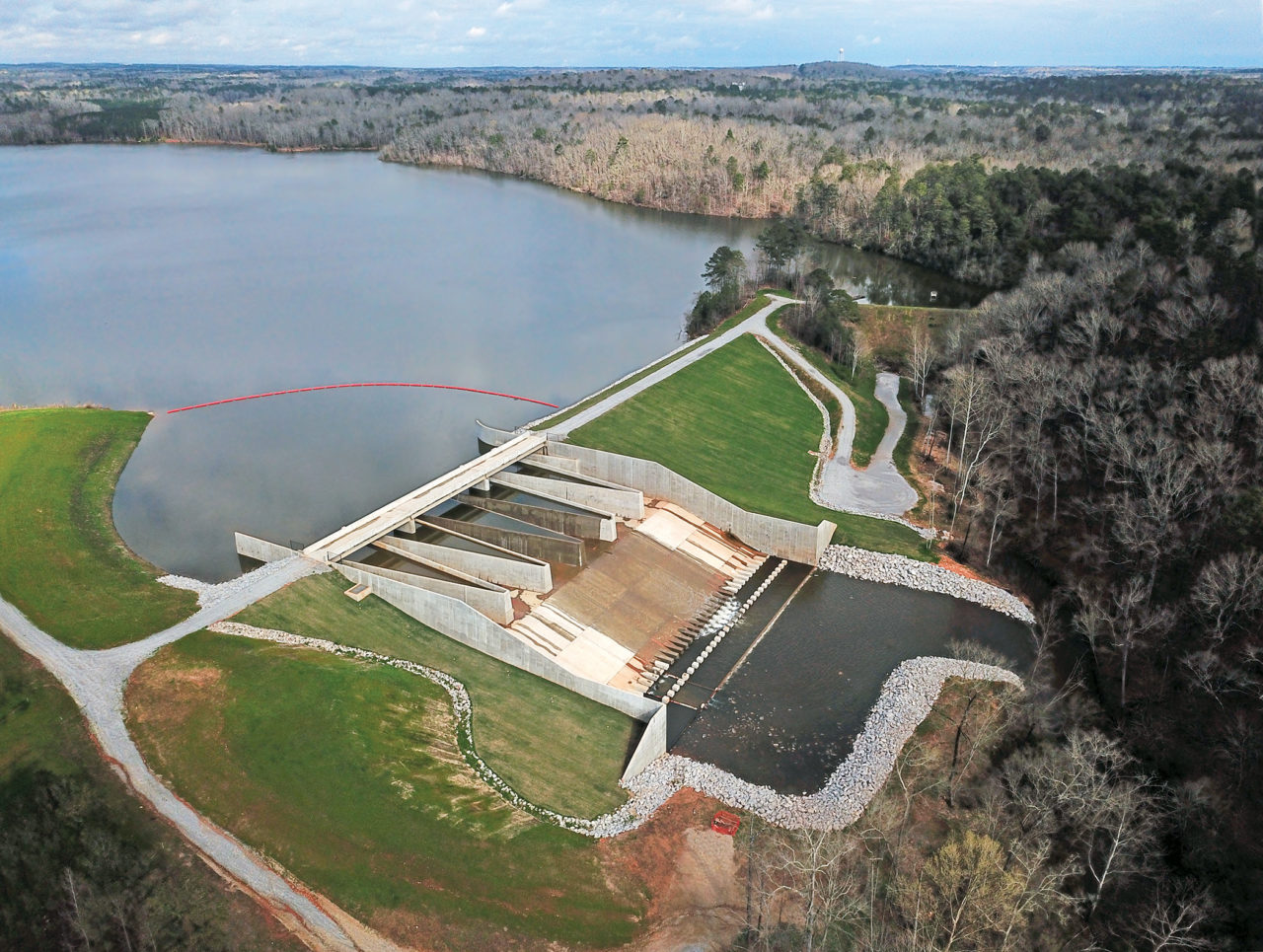 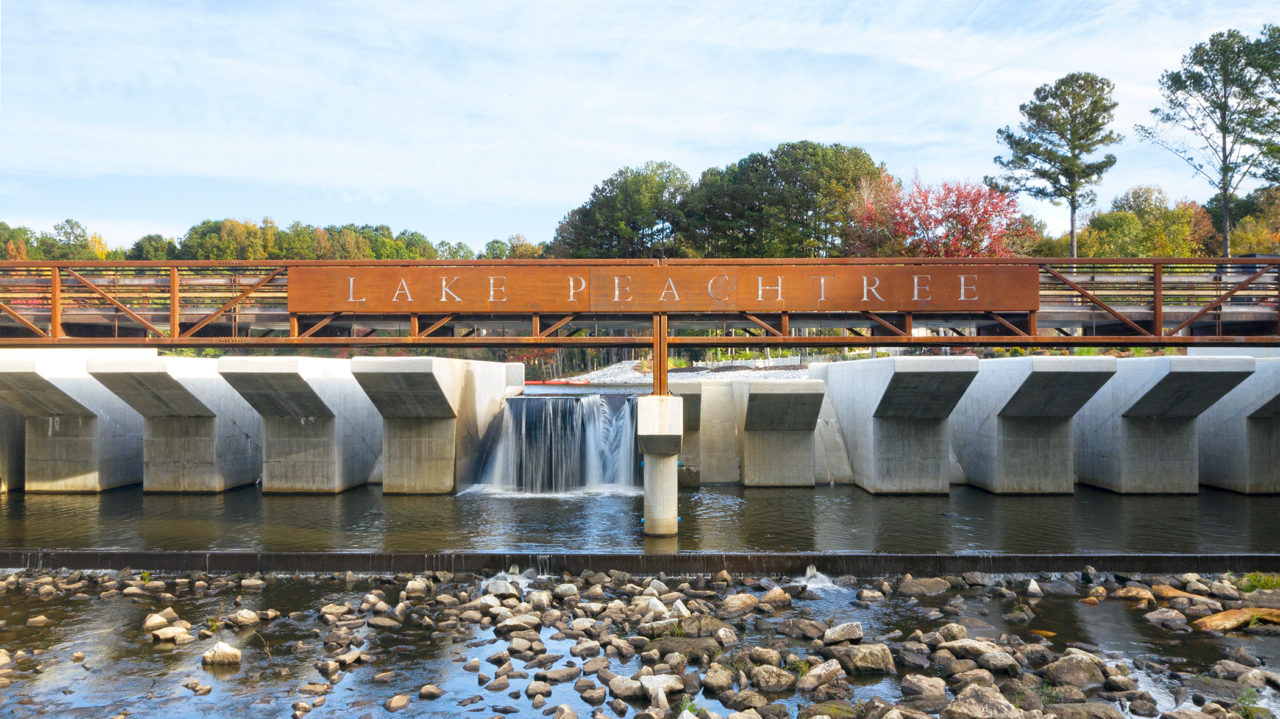 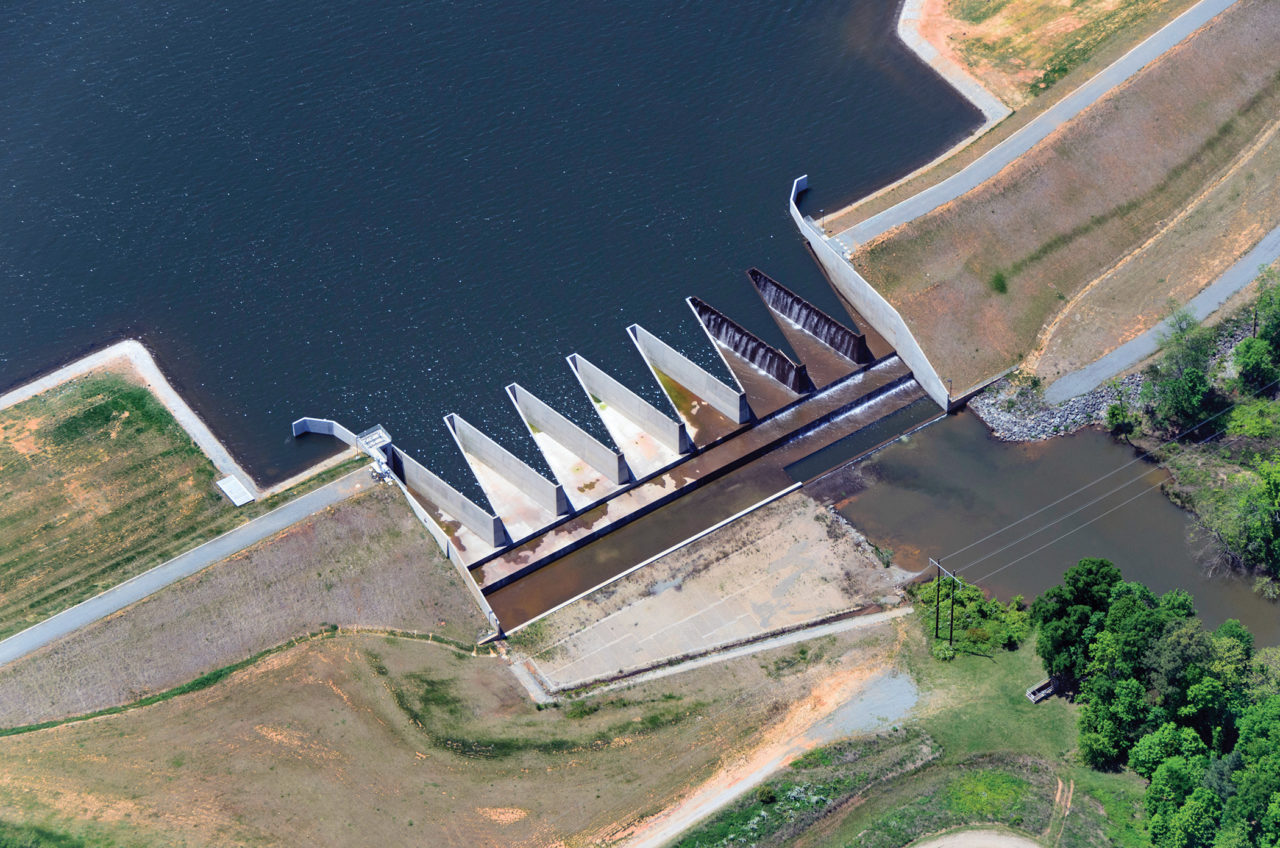