High-energy meandering watercourses like Onesquethaw Creek can develop erosion during flood events along cut banks that contain it. The erosion during flooding at the toe of a steep cut bank can set in motion slope instability through progressive failure of the slope. This was the situation where the Onesquethaw Creek flows past the Feura Bush Water Treatment Plant Sludge Lagoon facility high atop the cut bank slope.

The City of Albany Water Board (AWB), the lagoon facility owner and operator, engaged Schnabel to provide design and construction phase engineering services on its project to modify and improve the Lagoon 2 site. The Onesquethaw Creek, which runs west to east at this location, flows adjacent to the facility at the base of the 80-foot-high, steep cut bank slope (typically at or in excess of 1H:1V). The cut bank slope was actively undergoing progressive slope failure with portions of the slope sloughing off into the creek in response to the toe of slope erosion. According to a previous site investigation we conducted under a separate contract, the site stratigraphy suggested the ongoing erosion of a lower-lying fine-grained stratum would continue and the progressive failure would likely undermine and breach the Lagoon 2 settling basin located at the crest of the unstable slope. Based on these findings, the AWB proactively removed Lagoon 2 from service, and had been using only Lagoon 3 for sludge dewatering since 2017 and through construction.

To bring Lagoon 2 back into service, we performed a slope stability evaluation using data from our Geotechnical Engineering Data Report and the Engineer’s Design Report completed in 2016 and 2017, respectively, which documented our site explorations and engineering evaluations regarding the stability of the Onesquethaw Creek cut bank slope, and the risks posed to the northeastern portion of Lagoon 2. Following the stability evaluation, we developed contract drawings and specifications for the project, and provided bid phase services and construction administration services during the construction phase. Our design modification included realigning and reconstruction of the northeastern corner of the Lagoon 2 perimeter berm to move it back from the crest of the cut bank slope. This Lagoon 2 modification allowed for the regrading of the slope to a shallower grade of approximately 1.5H:1V, and to construct a sacrificial bench at the toe of the slope. The cut bank slope modifications have stabilized the slope eliminating the progressive failure and potential to undermine Lagoon 2.

The project also included a third phase of work that leveraged construction access roads constructed during the Lagoon 2 modification and the slope stabilization phases. The construction access roads passed by an abandoned three-span and two-pier sludge pipeline bridge that crosses Onesquethaw Creek. A final phase of the project was the demolition and removal of the reinforced concrete pipe bridge that had been replaced immediately upstream by the AWB with a newer pipeline bridge under an earlier contract. 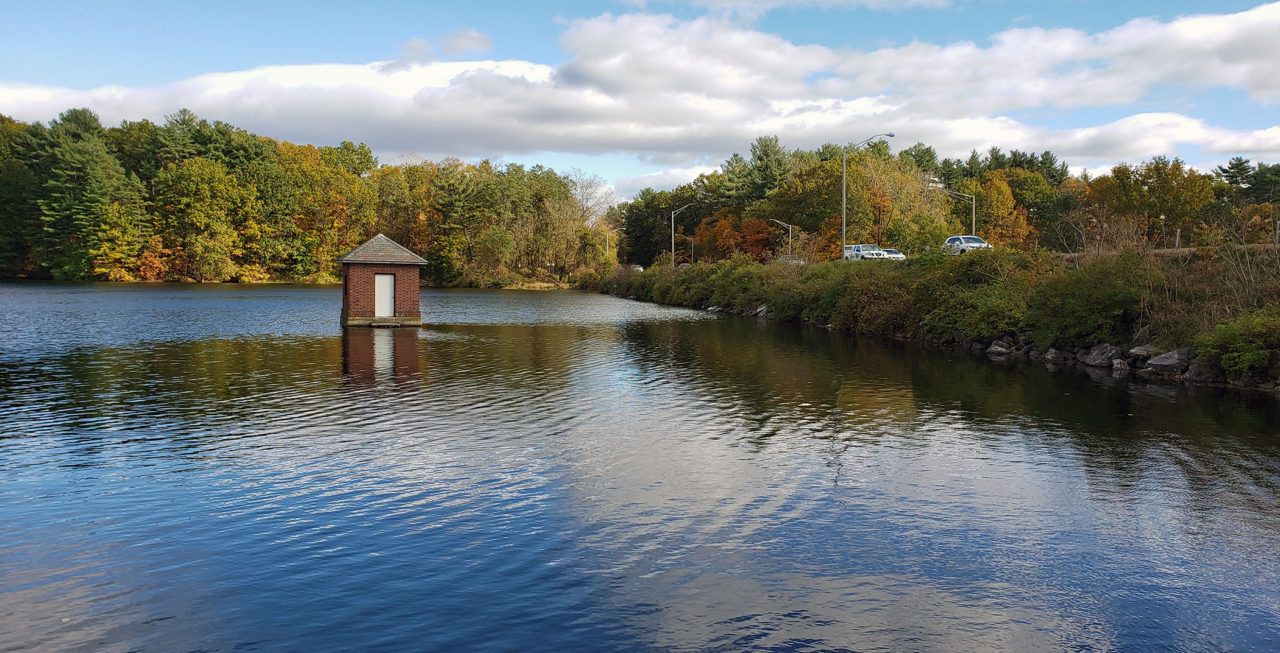 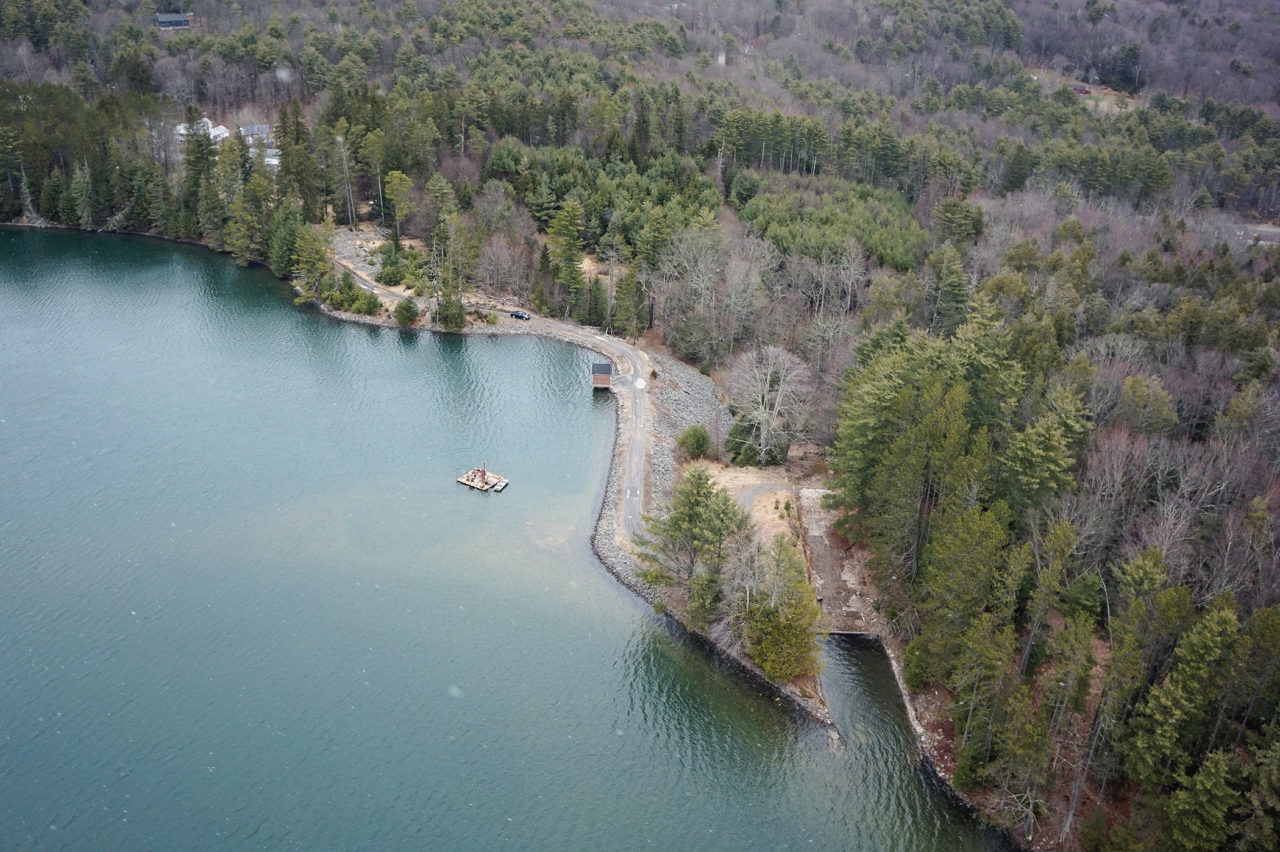