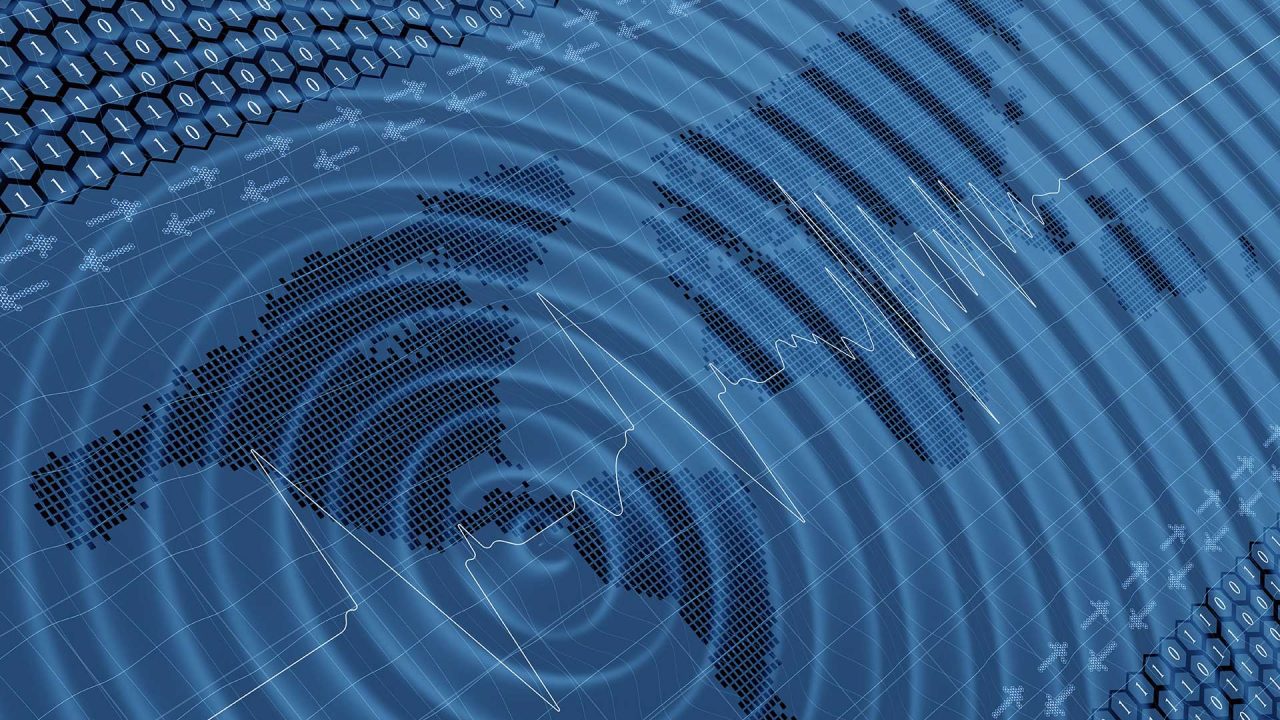 Risk analysis and risk-informed design of spatially distributed infrastructure systems for earthquake hazards require an understanding of and ability to model the spatial correlation of ground motion prediction errors. We assess this spatial correlation in Central and Eastern North America (CENA) by calculating ground motion residuals and semivariograms from earthquake recordings in the Next Generation Attenuation (NGA)-East database. Although data limitations prohibit the development of a reliable model to capture this correlation, we have made notable findings relevant to future risk analyses. The spatial correlation of ground motion prediction errors in CENA is larger than those previously published for shallow crustal regions, which agrees with the lower attenuation observed in CENA. Differences in correlation behavior is also observed between tectonic and induced event recordings. This is, in part, due to the characteristics of the system of stations in which they were recorded. In addition, the choice of ground motion model (GMM) used to calculate the predicted ground motions was found to have an impact on the resulting correlation of errors and we recommend that future CENA spatial correlation models be tailored to the specific infrastructure system and location that will be analyzed.1

1. Research supported by Schnabel Engineering, LLC.  and performed with the Risk-Informed Solutions in Engineering Laboratory at the University of Maryland