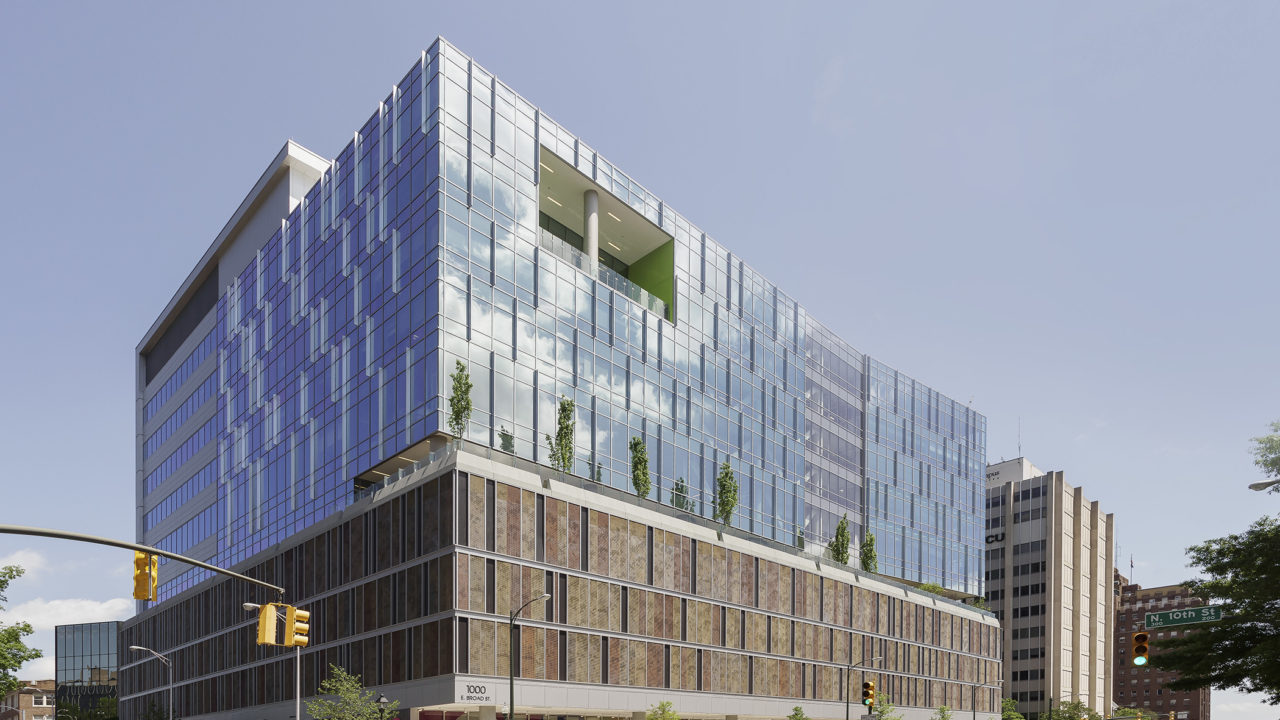 The American Council of Engineering Companies (ACEC) of Virginia bestowed the coveted 2017 Pinnacle Award to Schnabel Engineering and Dunbar Milby William Pittman & Vaughan (DMWPV) at the Engineering Excellence Awards Gala on February 2 at the Jefferson Hotel in Richmond. The Pinnacle Award is the highest honor given by ACEC Virginia, which recognizes projects demonstrating innovation, complexity, achievement and value to the industry.

The subject of the award is the VCU Health Children’s Hospital of Richmond Pavilion, a new $200 million, 640,000 square foot building in downtown Richmond that is the largest, most advanced outpatient facility dedicated to children in the region. The project previously won ACEC Virginia’s Engineering Excellence Grand Award.

The scope of work included demolishing the southern half of the existing Children’s Pavilion to make way for four stories of new construction below grade and 11 stories above, occupying more than two-thirds of the city block. Excavation extended up to 35 feet below the foundations of the existing pavilion and 55 feet deep below busy Broad Street. The design accommodates potential future expansion of up to seven more floors above grade and expansion of the below-grade levels to the north, occupying the entire block.

Led by VCU Health and program manager JLL, the project team also included HKS Inc. (architect),  Skanska USA Building Inc. (GC) and Nicholson (design-build contractor for support of excavation).  Schnabel is proud to have been part of such a unified and successful effort.