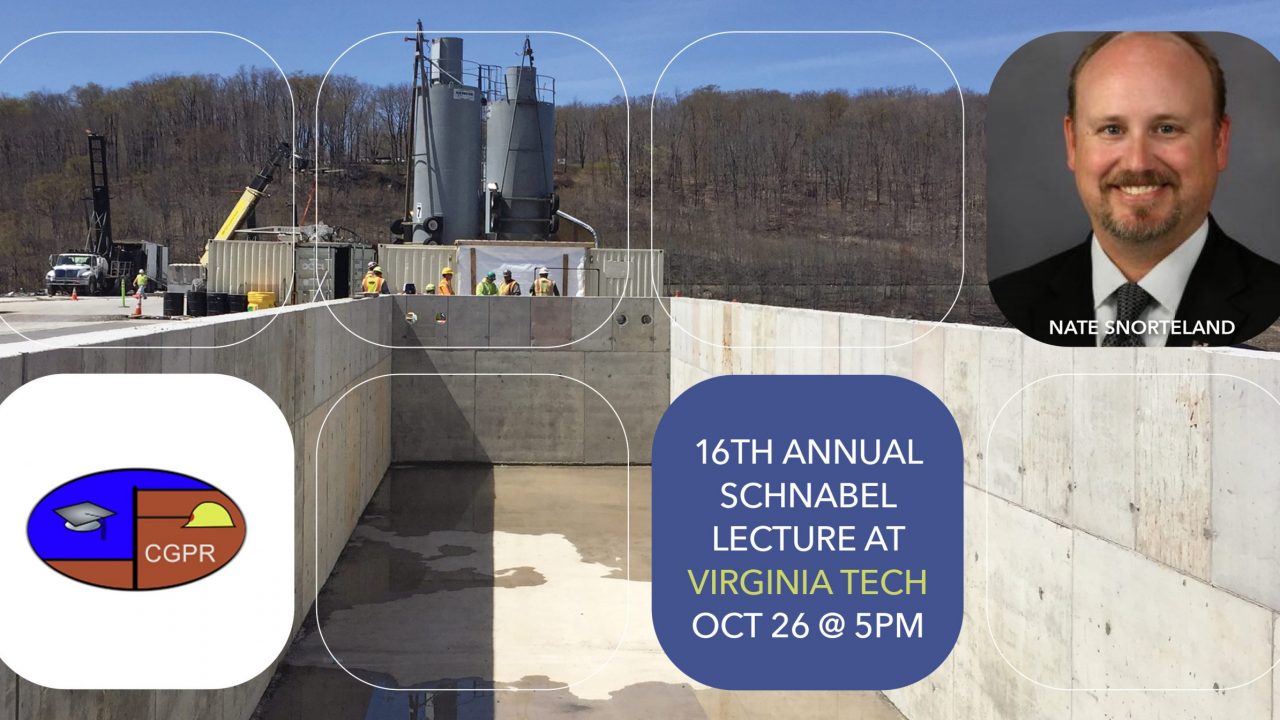 Performance of the Federal Flood Control Systems From 2010 Through 2020

Schnabel Engineering is pleased to bring you Nate Snorteland and VA Tech graduate and friend of the program throughout his career. Nate will be our sixteenth lecturer of this series. As the Director of the Corps of Engineers Risk Management Center since 2009 he is responsible for managing risks for the Corps of Engineers portfolio of more than 740 dams and 15,000+ miles of levees.

Since 2008, USACE projects have prevented more than $1.2 Trillion in damages from flooding. Although some of this came as a result of dozens of smaller floods, much of that protection came during three events within the last ten years. From 2010 through 2020, the U.S. has had three major inland floods and two coastal events where federal flood protection exists: in 2010 on the Cumberland River, in 2011 on the Missouri, Ohio, White, and Mississippi Rivers, in 2015 on several rivers in Texas and Oklahoma, and in 2017 along the Gulf Coast of the U.S. and its territories in the Caribbean. For many of these locations, these events produced record rainfall and the flood of record. Although the large facilities overall performed as expected, USACE also experienced some operational issues, did a substantial amount of flood fighting, had several incidents, and several failures. We will talk about how dam and levee engineering has changed over the past 20 years by focusing on how increased flooding has affected our approach to flood risk management. We will also discuss how we have changed standard design approaches to accommodate this new approach.

We are honored that Mr. Snorteland will continue this tradition of sharing Civil Engineering career experiences with Virginia Tech.