Nestled in the San Juan Mountains of Southwest Colorado, near the headwaters of the Rio Grande, the Rio Grande Reservoir covers 1,600 acres in central Hinsdale County. The reservoir is impounded by a 111-ft high, 550-ft long earth and rockfill dam built in the 1910s by the San Luis Valley Irrigation District. Schnabel was hired to address excessive seepage and to rehabilitate a deteriorating outlet works system.

This would allow the facility to provide reliable operation for the next century. The Rio Grande Dam was constructed on a large landslide mass on the left abutment. To reduce seepage through the abutment and allow the reservoir to operate safely at a higher storage capacity, we designed a clay slope liner over the left abutment slide mass. In addition, a double-lined grout curtain was installed on the right abutment to further limit the seepage losses through the bedrock. Riprap was also replenished on the upstream face of the dam before completion in the summer of 2013.

The second phase of our work involved the dam outlet works, which consisted of an unlined, horseshoe-shaped 11-ft by 15-ft rock tunnel that curved through the right abutment. The three existing gates, mounted in the tunnel near the dam’s centerline, experienced extreme vibrations and rattling during large discharge events and limited the tunnel’s capability to less than half of the required design capacity of 2,500 cfs.

We designed a new low-level outlet system consisting of a new intake structure and a section of shotcrete-lined rock tunnel excavated around the existing gate shaft that outlets into a new lined tunnel using a 126-inch diameter welded steel pipe. From here, the pipe continues 220 feet downstream, where it bifurcates into twin 84-inch and 36-inch fixed-cone valves within a newly designed cast-in-place concrete valve vault. We provided full-time resident engineering services during both phases of construction. 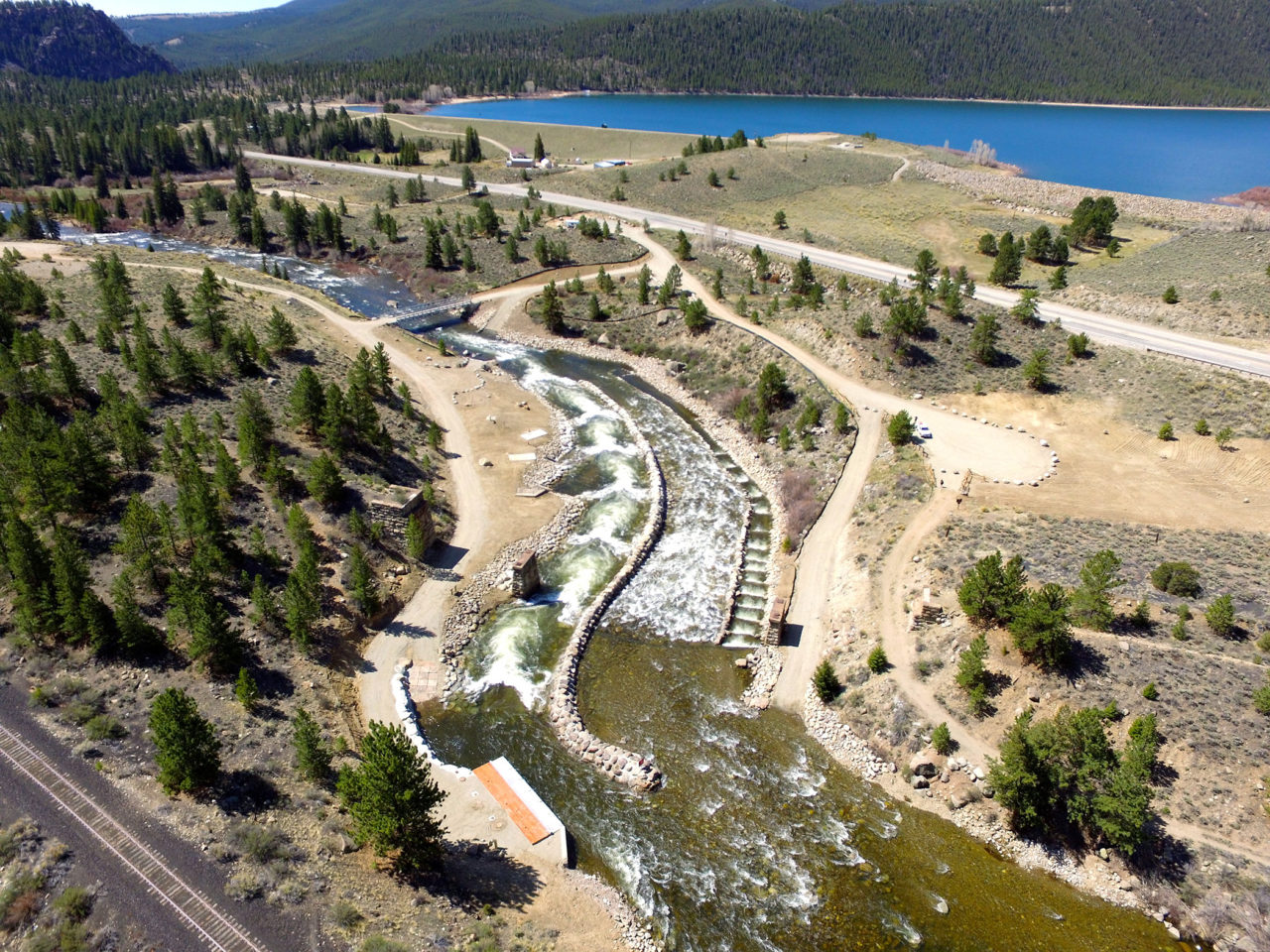