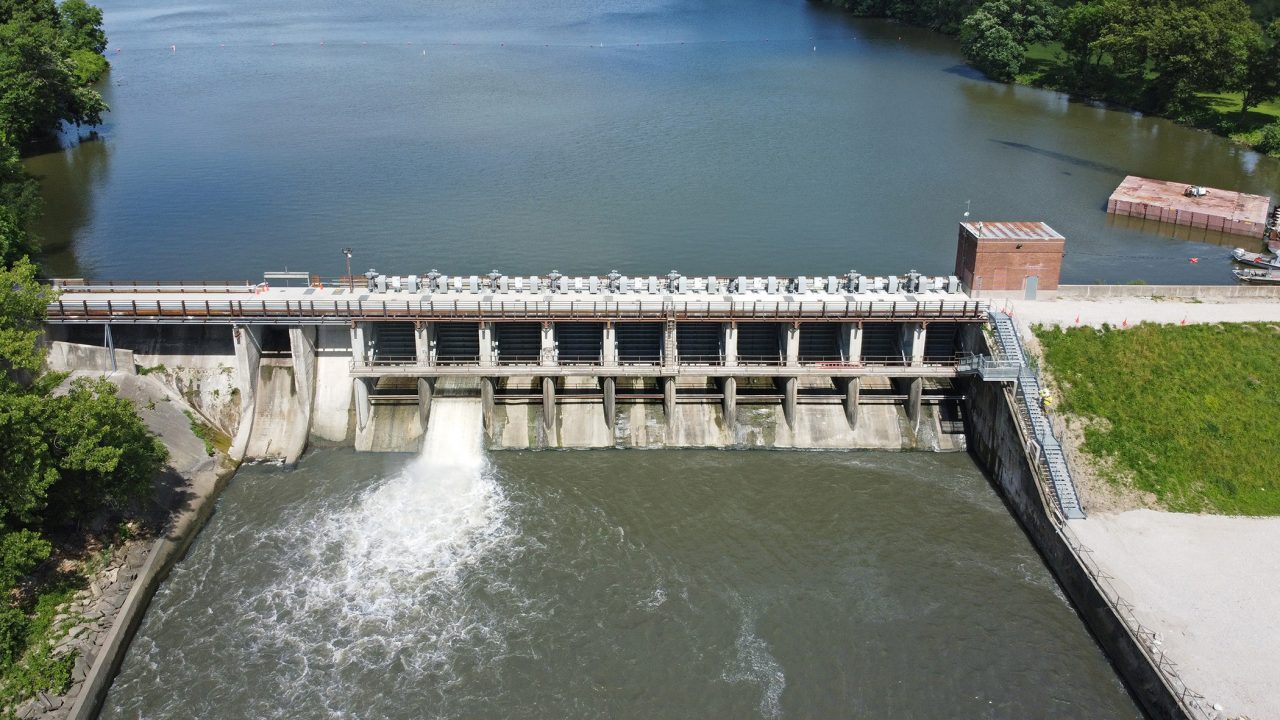 On July 13-14, the Structural Engineers Association of North Carolina (SEA of NC) held its annual conference in a virtual format. SEA of NC members Sina Khodaie and Charles Johnson from the Greensboro office participated in the conference. The conference featured presentations on code updates, industry trends, and design tips for structural engineers.

During the conference, awards for excellence in structural engineering were announced for projects completed by SEA of NC members. We are proud to be a recipient of the Special-Use Structures award for the Lake Vermilion Dam Rehabilitation . The dam is owned by Aqua Illinois, Inc. (Aqua) and located in Danville, Illinois. Built in 1925, the dam impounds a water supply reservoir that supplies water to the City of Danville, Villages of Tilton, Catlin, Belgium, and Westville, as well as surrounding areas. Recreational use of the lake is also allowed.

Schnabel Engineering worked with Aqua on this project starting in 2016 with inspections, investigations, and design, followed by a 3-phase construction project. In Phase 1 in 2018, we designed interim repairs to the 10 original Tainter gates that were implemented by Contractor Schomburg & Schomburg. We also collaborated with the Ballard Traylor Joint Venture (BTJV, Contractor) during the design phase for the replacement of the gates and bridge, and installation of post-tensioned stability anchors. In Phase 2 in 2019-2020, ten Tainter gates, one trash gate, and the spillway bridge were replaced by BTJV. In Phase 3 in 2020, post-tensioned stability anchors were installed by Nicholson Construction Company.

While this project was managed out of the Greensboro office, more than 50 of our employees across six offices, as well as numerous subconsultants, subcontractors, contractors, and especially the owner played vital roles. Commitment and collaboration of the entire team made this project a success.

See all the SEA of NC award winners.

Schnabel Engineering worked with Aqua on this project starting in 2016 with inspections, investigations, and design, followed by a 3-phase construction project.