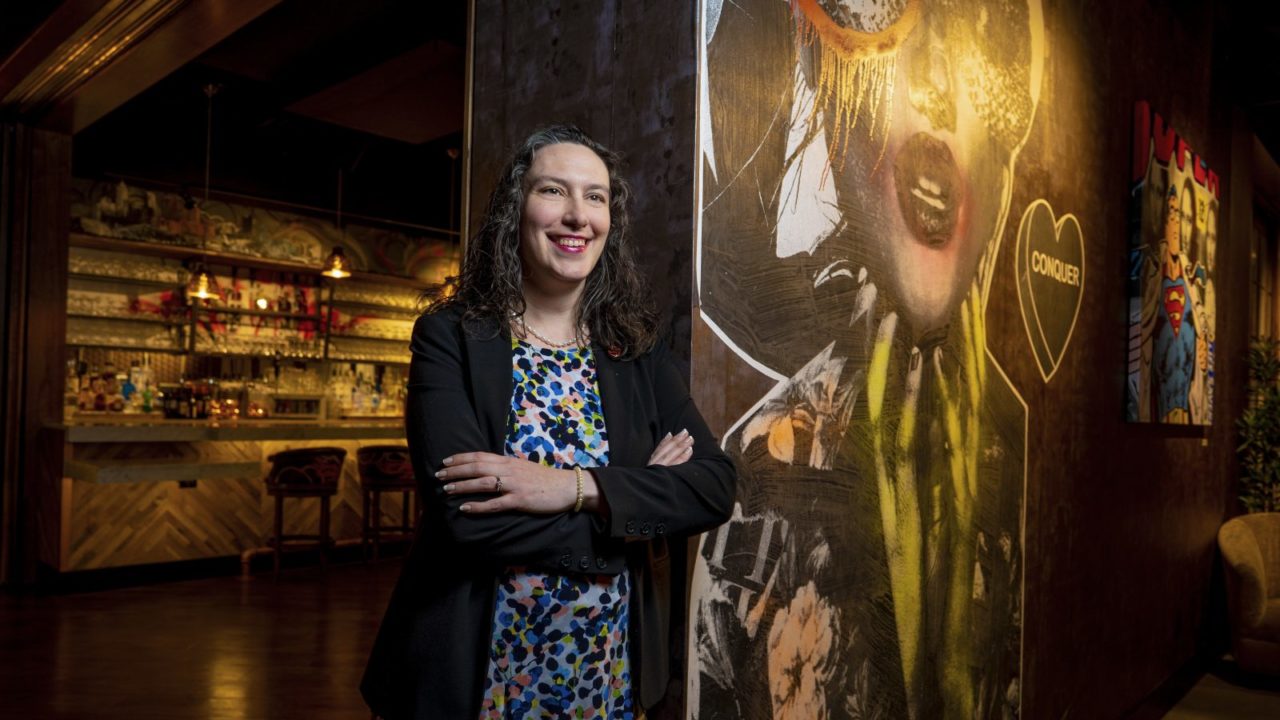 The Philadelphia Business Journal has recognized Johanna Mikitka Simon as one of this year’s 40 Under 40 honorees.  The 40 Under 40 award is one of PBJ’s most popular and successful features. It aims to identify and recognize current and future leaders in various industries and in the community. The criteria are demanding and competition was stiff; PBJ received more than 400 nominations this year. Johanna’s professional and personal achievements checked all of PBJ’s boxes, propelling her to the winner’s circle and May 10 awards event.

An innovative thinker who is not afraid to take on new and different challenges, Johanna is an accomplished geostructural project engineer with Schnabel Engineering, a leader in the planning and design of geotechnical, dam, and tunnel engineering projects across the United States and worldwide. During her 12-year tenure with the firm, she has combined creative design ideas with visible construction components to create the best solutions for ground improvement, foundations, retaining walls, and slope stabilization. Johanna actively promotes the role of women in STEM careers via the professional organizations to which she belongs and mentors young female engineers who are entering the industry. Currently she is leading Schnabel in the unification of its instrumentation and monitoring methods, including building and maintaining cloud-based automated data collection and reporting systems.

Johanna’s interest in engineering began in high school, when one of her teachers saw her potential and suggested she should consider it as a college major. The teacher sent her to an engineering workshop for girls at Widener University, which was the spark that ignited her career. With three scholarships (academic, athletic, music), she took on a double major at Drexel University and graduated in 2006 with Bachelor of Science degrees in civil engineering and architectural engineering. In her continuous quest for knowledge and to arm herself with the proper tools to excel in her field, Johanna earned a master’s degree in civil/geotechnical engineering from Drexel while working full-time at Schnabel.

In spite of being serious about her work, Johanna doesn’t quite fit the mold of the stereotypical engineer. She is one of those rare people who have a rational and analytical mind that coexists comfortably with more eclectic and artistic leanings. She is a trained soprano who has performed at Longwood Gardens, the Kimmel Center and sang in the 2015 Papal Choir for Pope Francis; a volunteer for the last 19 years at Musikfest; and a master pie-maker who celebrates Pi Day each year with a bounty of homemade pies, which she brings to the office—to her co-workers’ delight.  When she isn’t working or involved with professional and cultural activities, Johanna enjoys the company of her husband and two children and is looking forward to a third in October.

An innovative thinker who is not afraid to take on new and different challenges, Johanna is an accomplished geostructural project engineer with Schnabel Engineering, a leader in the planning and design of geotechnical, dam, and tunnel engineering projects across the United States and worldwide.