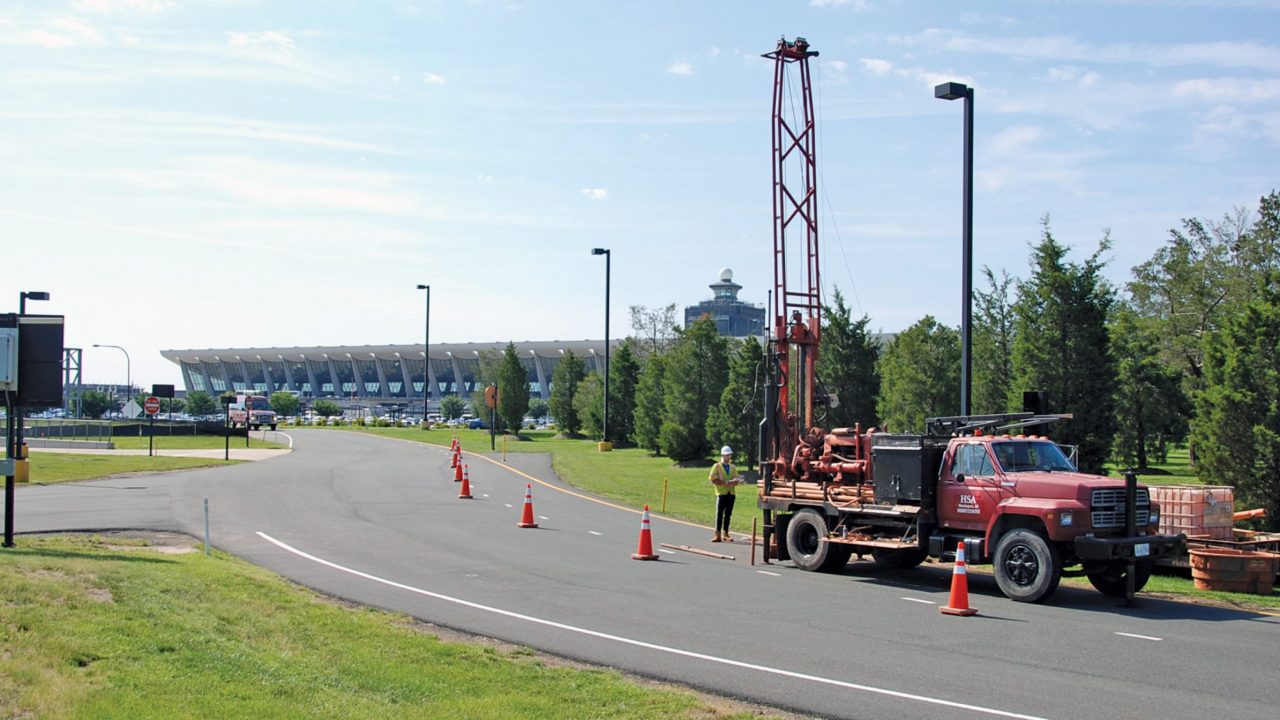 The full article will be published in Vol. 15, Issue 1 of the DFI Journal, but Bill shared an abstract of the paper.

Load tests on drilled shaft foundations with rock sockets in sedimentary formations associated with various Triassic Basins in the Mid-Atlantic region show that some generalizations are possible for estimating geotechnical resistances. Axial load tests on drilled shafts in locations several hundred miles apart produce surprisingly similar results. The common feature is the geology: all of the load-tested rock sockets considered were constructed in sedimentary rock associated with one of the rift basins that developed in response to breaking apart of the supercontinent Pangaea that began during the late Triassic Period (about 220 million years ago) and coincided with opening of the Atlantic Ocean. More specifically, all of the tested rock sockets were in the ‘red bed’ facies of the rift basin sediments consisting of reddish-brown siltstone, sandstone, and shale. Load tests on drilled shafts considered in this paper include the following engineering projects/locations: (1) Goethals Bridge, Elizabeth, NJ, Newark Basin;  (2) Dulles Metro Silver Line, Reston, VA, Culpeper Basin, and (3) Susquehanna River Bridge, Harrisburg, PA, Gettysburg Basin. Measured unit side and base resistances show similar behaviors in all three sets of load tests presented. This is not unexpected when the similarities in geologic origin and engineering characterization of the rock mass at each site are considered. This observation and the supporting load test data provide a rare opportunity to establish a reasonable level of confidence for predicting axial and geotechnical resistances of rock-socketed foundations in Triassic basin red beds based on geologic origin and simple index tests on rock core samples. Each of the projects and the associated load tests are described and used to illustrate fundamental principles of rock socket design and how load testing can be used as a design tool. The important role of quality construction, in combination with Quality Assurance through inspection and testing, is emphasized, especially as it relates to the evaluation of base resistance for rock socket design.

Case Study by John P. Turner1 and William A. Billiet2