News and Insights / Schnabel Honors Some of Our Own Servicemembers this Veterans Day
Share:
Link Copied!
November 11, 2022

Schnabel Honors Some of Our Own Servicemembers this Veterans Day 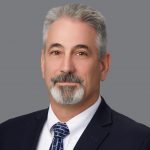 Jim served on Active duty during Desert Shield/Desert Storm and deployed three times in Support of OEF/OIF. Over his career, he held two MOS’s (military occupational specialties or military “jobs”). His primary was in Intelligence. In his second, he assisted the Marine Corps Reserve in creating a Hazardous Materials Response Unit by participating in exercises and training across the United States and around the world.

“Serving in the Marine Corps has been one of the greatest honors of my life. I went in as a young man searching for direction, felt myself grow up in Bootcamp, pushed myself beyond endurance limits I didn’t know I had, ate some of the absolute worst food the world has to offer, honed leadership skills that still serve me well to this day, served with great American Servicemembers and fantastic NATO Servicemembers, lost too many great people, had so many great and wonderful memories, and reinforced in myself the unequivocal love and respect I have for the United States many times. Semper fidelis.”

Project Scientist Matthew Lopez served in the United States Air Force from 2006–2010. While in the Air Force, he maintained F-16, F-117, MQ-9, and RQ-4 avionics systems and F-22 and MQ-1 avionics and electrical & environmental (A&E) systems at the organizational level.

“Having the opportunity to work on and maintain some of the world’s most superior fighter aircraft was a thrill and set the foundation for my love of aviation, electronics, and technology which directly apply to my work here at Schnabel.”

Serving in the Marine Corps has been one of the greatest honors of my life. reinforced in myself the unequivocal love and respect I have for the United States.